Shawnee City through the Shawnee Parks & Recreation is encouraging its young people to engage in business by holding a KidsFest Business Fair. Held last September 07, 2019,

Shawnee youths, at ages ranging between 6 and 16, promoted their business in booth spaces that cost them $10. Around 25 to 30 of Shawnee’s young entrepreneurs participated by displaying and selling crafts, as well as advertising and performing services.

According to Shawnee Park recreation coordinator for Youth and Special Events, Matt Mann, they wanted to provide ways by which the young people of Shawnee can avail of opportunities for themselves at an early age. Mann said the city also engaged adult entrepreneurs to provide support and tips that will further encourage their younger counterparts to grow their entreprise.

As part of the KidsFest Business Fair’s educational aspect, kids gained actual experience by presenting their business ideas. They also received advice on how to go about related business plans.

After all, the main goal of the kid’s business fair is to boost the confidence of Shawnee’s young people not only by acquiring valuable lessons but also in providing a venue in which they can start getting the feel of business even at their young ages.

Applicanta to the fair were asked to develop their respective brand, craft a product or conceptualize a service, and devise a marketing strategy. Those who qualified then launched their own startup business during the holding of the one-day KidsFest Business Fair.

Mann met with young entrepreneurs who have been running their crafting businesses for several years now, including a pair of Shawnee sisters

Ten-year old Kinley Wohlgemuth and her 8-year sister Rylan, own and operate a business that they privately call “Shawnee Sisters,” which produces and sells various crafts. Their mom, Ashley Wohlgemuth, said the sisters are constantly crafting and are able to sell their creations; but stressed that those are all the girls are selling.

Rylan is in charge of baking and making beads, while Kinley creates scrunchies. They are also into baking goodies, like muffins and scones. The sisters started selling their crafts and fresh-baked goods at garage sales where they are allowed to display their products.

Participating in the KidsFest Business Fair enabled Kinley to pick up entrepreneurial skills that make her even more excited in continuing the “Shawnee Sisters” crafting business.

Maniacs, fanatics, addicts. These are broad terms that are usually pointed things in general. Addiction to drugs, alcohol, and cigarettes are the most common form of it. Medically speaking, these are the areas typically covered under the health areas.

Aside from that, these are categorized as bad habits. Surprisingly, there is a new type of addiction that just recently emerged. This kind of addiction is truly different from the norm and far from the medical field. The new addiction is known as taking selfies. This may be surprising but it is definitely true.

More than this, there is the most disturbing area of the selfie fever that is far beyond taking photos. Selfies are the latest trend in the world of plastic surgery. In fact, selfies are big opportunities for surgeons.

Why selfie addiction a big favor on plastic surgery business

Businesses using the mobile phone are now increasing. There are this mobile facial business that pamper clients at their home. But, many are still opting for plastic surgery to get the picture perfect image they ever had. Below are some reasons behind the great opportunity that selfies may bring to plastic surgeons. 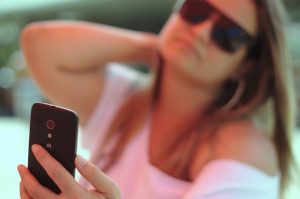 Camera tricks and mobile apps that give professional face angling and image filters are numerously available. Some apps may even be purchase for free. Despite of this, number of women who are seeking the help of surgeons are definitely increasing. This is because women want to have those picture perfect selfies become a reality.

Actually, even the way women undergo such procedures become different. Those image filtering apps have also become the counterpart of themselves. Before, women of their times bring copy of the images from the magazines that they want to copy.

It is enormously different now as women nowadays enter the surgeons clinic with their smartphones. From there, they just swipe their filtered photos from their phone. And that’s exactly what they really want to look like. And among the group, millennials who took selfies are the primary contributing factor opting for plastic surgery procedures like that of plastic surgery tampa.

The newest trend now between patients and medical staff is the so-called “Snapchatting procedure”. This procedure works by making women achieve the photo-shopped image that they desire to. Aside from that, through this procedure, they can able to share their real time experiences inside the operating room with their social media followers.

However, this is a little bit complicated for most medical practitioners. Plastic surgeons are having a hard time differentiating the masterpiece of a scalpel and a filter. But, as customers demand, plastic surgeons are setting new guidelines to meet the needs of the industry.

Shawnee’s oldest natural art gallery, the Mabee-Gerrer Museum of Art (MGMoA), is poised to mark its 100th year. The museum actually started out in the 1900s as a collection of artefacts from ancient civilizations and medieval paintings in the studio of Father Gerrer, the then Benedictine monk at St.Benedict’s Church.

To mark its more than 100 years of bringing art and cultural education to the people of Oklahoma, the MGMoA will be holding an exhibit entitled “Journey Back in Time: The History of the Mabee-Gerrer Museum of Art,” from July 13 to September 01, 2019; showing photographs of the museum and its collections during Father Gerrer’s time,

Delaynna Trim, the current Curator of Collections at MGMoA narrates the story of how the museum first started. Based on stories told over the years, Father Gregory Gerrer started collecting artefacts and paintings while in Europe, training to become an artist. It is said that the European museums had inspired the Benedictine monk to collect magnificent paintings, ethnographic objects, and wood and seashell samples collected from a variety of cultures across the world. That way, he could bring the world to the people of Oklahoma by way of a local museum in Shawnee.

Although the collection brought home by Father Gerrer started small, it eventually grew through his travels and the people he met. He was said to have told them of his dream of bringing culture and art to Oklahoma. In turn, they gave him their valuable pieces of art and artifacts to help him fulfill that dream. One such artefact is the Egyptian mummy exhibited by the Glen Island Museum of Buffalo, New York, which he brought to Shawnee in 1921.

Ms. Trim said that by 1919, Father Gerrer’s collection had outgrown his studio, making it necessary to display the objects at the newly built Benedictine Hall of the St. Gregory campus. The hallway came to be known as the Gerrer Museum, where pieces of medieval and Renaissance artworks hung, while the artefacts were housed on the second floor.

The museum organized by Father Gerrer was described as encyclopedic, with its exhibits of taxidermied animals, Renaissance artworks, weapons collected from different parts of the world, and displays of woods and seashells as artefacts of natural history. Yet unlike other museums, the collection of the Gerrer Museum never belonged to any affluent individual.

Father Gerrer passed away in 1946. Left without a director, the museum was temporarily closed. In 1957, Stephen Gyermek was hired as the new museum director and was tasked to oversee the renovation of the museum, as well as create programs for children and adults. However, St. Gregory’s High School and College had also grown and needed to use the rooms occupied by the museum. A new but temporary home for the gallery was found at the Kirkpatrick Science and Arts Foundation, until such time that a new building could be erected.

In 1977, the J. E. and L. E. Mabee Foundation in Tulsa, Oklahoma, agreed to sponsor the construction of a new building in which to house the Gerrer Museum collection. The Mabee Foundation is a non-profit establishment founded by John E. Mabee and his wife Lottie for the purpose of giving aid to religious Christian organizations, charitable institutions, hospitals, institutions of higher learning and the likes.